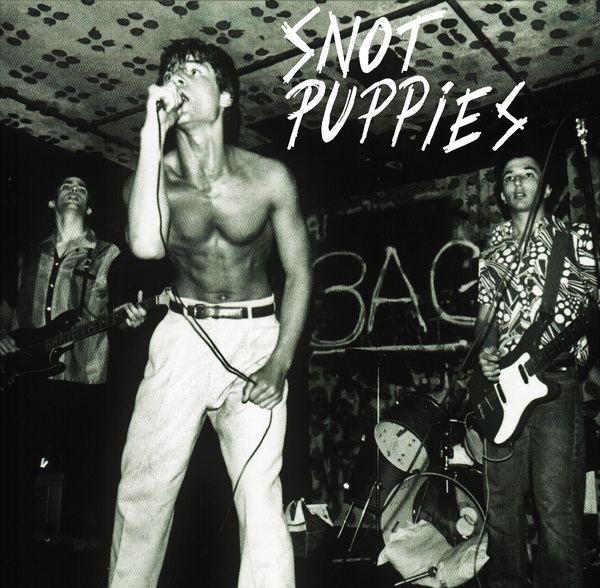 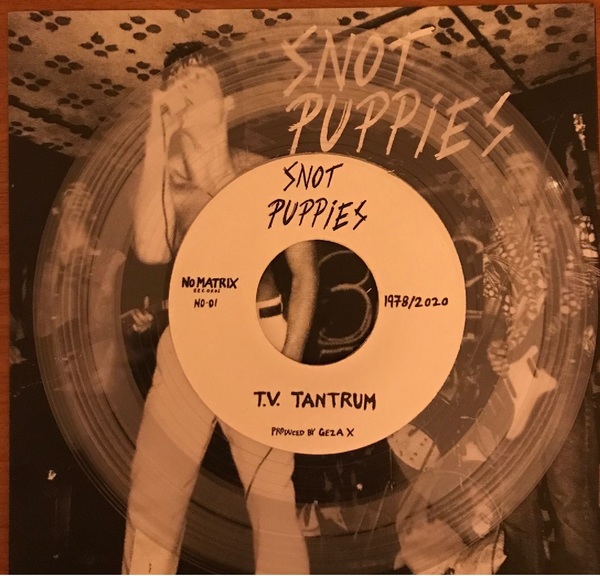 
Previously unreleased 1978 EP by Hollywood punk band The Snot Puppies produced by Geza X. Made up of students enrolled at Beverly Hills High School, including Jeff McGregor (a one time member of the Screamers), The Snot Puppies were active for a few short months between 1977 and 1978. In May they played Lobotomy Magazine night at The Whisky, July 9th they played The Masque by August they called it quits. Remastered from the original master tape by Geza X and pressed for the first time in this official edition of 500. Comes housed in a two sided sleeve and includes an insert with rare photos, a new interview with the band as well as a postcard of an unpublished photo of the Masque club by Michael Yampolsky.

While the first 2 tracks were included on Killed By Death #13 (albeit in substantially worse quality),
the 3rd track, PCP, has not been released anywhere until now.

A
TV TANTRUM
B
TOWELS
PCP